The keynote speakers for the 6th International Conference on Electrical Engineering and Electronics (EEE'20) will be announced shortly! Thank you for your patience. 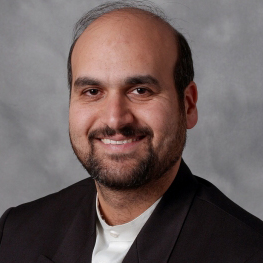 Ali Adibi is the director of Bio and Environmental Sensing Technologies (BEST) and a professor and Joseph M. Pettit chair in the School of Electrical and Computer Engineering, Georgia Institute of Technology. His research group has pioneered several structures in the field of integrated nanophotonics for both information processing and sensing. He is the author of more than 150 journal papers and 400 conference papers. He is the editor-in-chief of the Journal of Nanophotonics, and the nanophotonic program track chair of the Photonics West meeting. He is the recipient of several awards including Presidential Early Career Award for Scientists and Engineers, Packard Fellowship, NSF CAREER Award, and the SPIE Technology Achievement Award. He is also a fellow of OSA, SPIE, and AAAS. 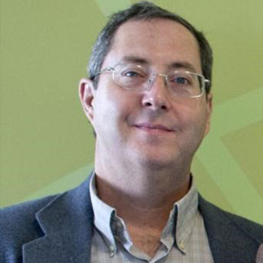 Gary H. Bernstein received the BSEE from the University of Connecticut, Storrs, with honors, in 1979 and MSEE from Purdue University, W. Lafayette, Indiana, in 1981. During the summers of 1979 and ’80, he was a graduate assistant at Los Alamos National Laboratory, and in the summer of 1983 interned at the Motorola Semiconductor Research and Development Laboratory, Phoenix, Arizona. He received his Ph.D. in Electrical Engineering from Arizona State University, Tempe, in 1987, after which he spent a year there as a postdoctoral fellow. He joined the Department of Electrical Engineering at the University of Notre Dame, Notre Dame, Indiana, in 1988 as an assistant professor, and was the founding Director of the Notre Dame Nanoelectronics Facility (NDNF) from 1989 to 1998. Dr. Bernstein received an NSF White House Presidential Faculty Fellowship in 1992. Promoted to rank of Professor in 1998, he served as Associate Chairman from 1999 to 2006. Bernstein was named the Frank M. Freimann Professor of Electrical Engineering in 2010, and served as the Associate Director of the Notre Dame Center for Nano Science and Technology from 2013 to 2017.

Prof. Bernstein has authored or co-authored 15 patents and more than 300 publications in the areas of electron beam lithography, nanomagnetics, quantum electronics, high-speed integrated circuits, electromigration, MEMS, and electronics packaging. Bernstein was named a Fellow of the IEEE in 2006, and with his student received the Sensors and Transducers Journal Best Paper of the Year Award for 2006 and, as lead author, the IEEE Transactions on Advanced Packaging Best Paper of the Year Award in 2007. He received the Innovation Excellence Award from the Indiana Economic Development Center and Forbes Summit Group, Indianapolis, November, 2014, and the 1st Source Commercialization Award for Quilt Packaging development, April, 2016. Bernstein is cofounder of Indiana Integrated Circuits, LLC (www.indianaic.com) based in South Bend, IN. Bernstein is currently working on a textbook to accompany his “Laboratory Introduction to Electrical Engineering” course.